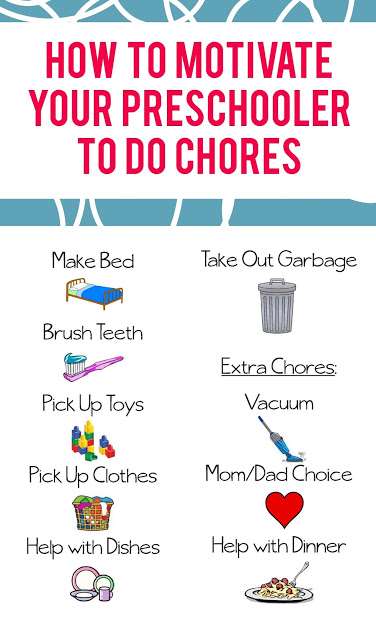 How To Motivate Your Preschooler To Do Chores 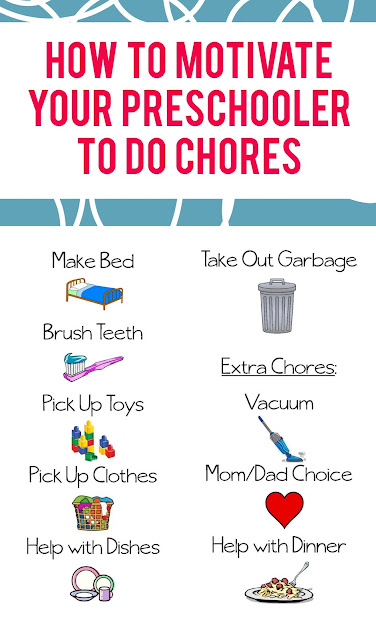 At the beginning of the year, I shared a preschooler chore chart I had made for my daughter.  It was a really simple system of moving a magnet with the chore on it from the ‘not done’ side to the ‘done’ side.  However, we started running into problems when my son hit a growth spurt and could reach the chore chart too.  He would run off with the magnets and it would be a couple days before we found them again, usually in the most unexpected places.  (Isn’t that always the case?)
This started to happen more frequently until one day we couldn’t find the magnets.  This was a couple of months ago and we have yet to find them.  You might wonder, Why don’t you just move the chore chart out of his reach? or Why don’t you just make more magnets?  The reason I decided against each of these options was because having the chore chart where my daughter could reach it meant that moving the magnets was something she could do and have some ownership of.  If I moved it out of reach of my son, she loses the ability to account for the chores done herself because she would have to have my help to reach the chart.

Now here we are in the middle of summer, where schedules are less rigid and kids are more carefree.  But as parents, I think we can all agree that summer doesn’t mean the kids shouldn’t have chores.  An idea came to me a little while ago to create a new system for my daughter that would hopefully increase her motivation to get the chores done.  Plus, it was something that I could keep out of reach of little brother.

Chores are still accounted for by using a sticker chart.  (Kids love sticker charts because it is a visible and tangible way for them to see what they’ve accomplished.)  However, unlike the previous chore chart, my daughter will get a sticker for each chore done rather than receiving only one sticker at the end of the day if all chores were done.  If she wants to do additional chores to get additional stickers, she will have to complete all her basic chores first.

She has six basic chores right now: make bed, brush teeth, pick up toys, pick up clothes, help with dishes and take out the trash.  Extra chores will include: vacuum, help with dinner and mom/dad’s choice.  I’ve made a visual chart for her to see what her chores are each day and used the same clip art I used in the previous chore chart. 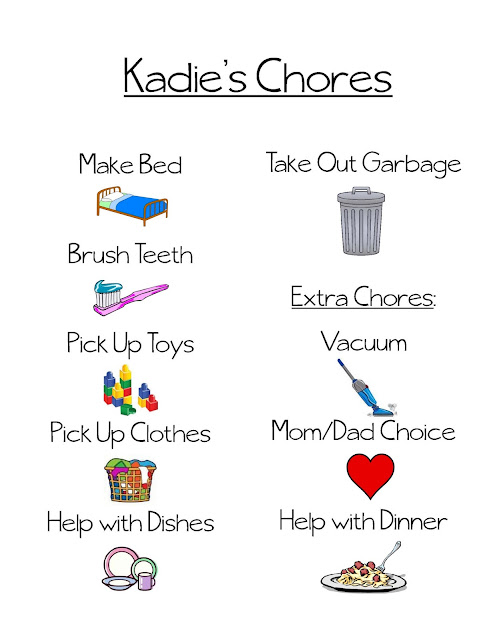 When she reaches a certain number of chores completed, she can choose a prize and cash in her stickers, or she can continue to accumulate stickers to get a better prize.  I’ve decided to divide the prizes into three categories: 50 stickers, 100 stickers and 150 stickers.  Here are some ideas of what will be included in each category:

Obviously, this is a flexible system and so you could change the values to fit your own child, have more categories or increase/decrease the number of chores per day.  You want to choose prizes that will motivate your kids, whether it be screen time, a new shirt, a toy, a favorite treat, etc. 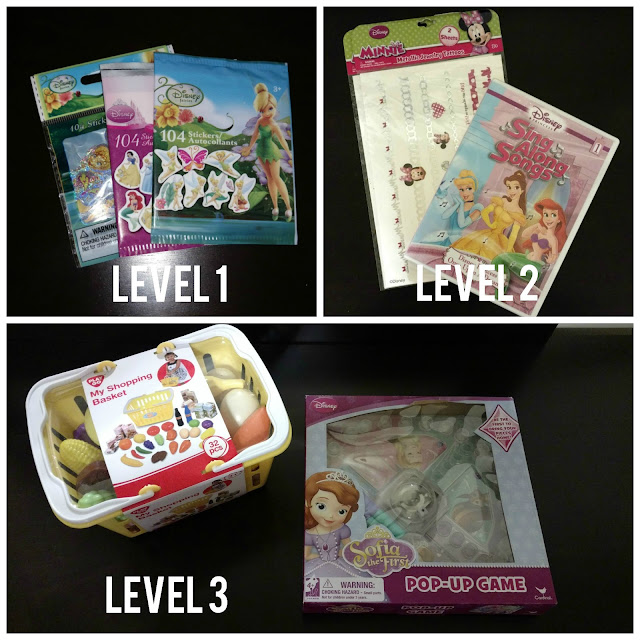 With the values I’ve assigned to each prize listed above and the number of chores she can do each day, she could get the 150 sticker prize in less than a month if she only did the basic six chores a day.

Now, if my daughter chooses a 50 sticker prize the first few times she has the opportunity to cash in, I’m not going to throw in the towel and declare myself a failure.  (And neither should you!)  But the key here is that over time, she will get tired of getting smaller prizes and she’s going to (hopefully!) decide for herself that working towards a better prize is what she wants to do.

I love the concept of working hard and then earning something.  I want to teach my children that they don’t get to have something simply because they want it.

In addition, by having different levels of prizes, it helps reinforce the idea of delayed gratification.  Delayed gratification is the ability to resist the temptation of an immediate reward and wait for a later, and generally more enduring reward.

To help her remember what she wants to work towards, each time she has the opportunity to cash in, I’ll bring out the prizes for all three categories and explain that she can either choose a prize from the lesser category or choose to save up for something that will require more stickers.

I mentioned that we’ll be using a sticker chart to keep track of her completed chores.  If you’re interested, you can find the chart HERE as a free printable.  It is very basic with a numbered grid but considering we’ll be throwing it away once it’s been used up, I wanted to make sure it was functional.

Do you have a chore system that works for your family? 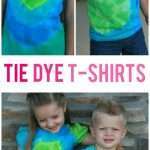 How To Tie Dye T-Shirts 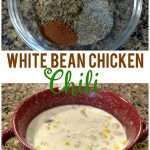 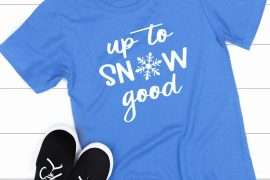 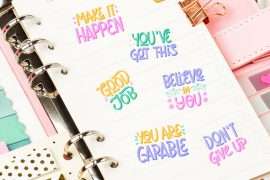 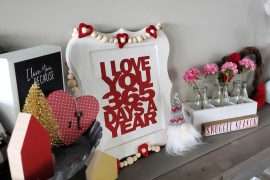