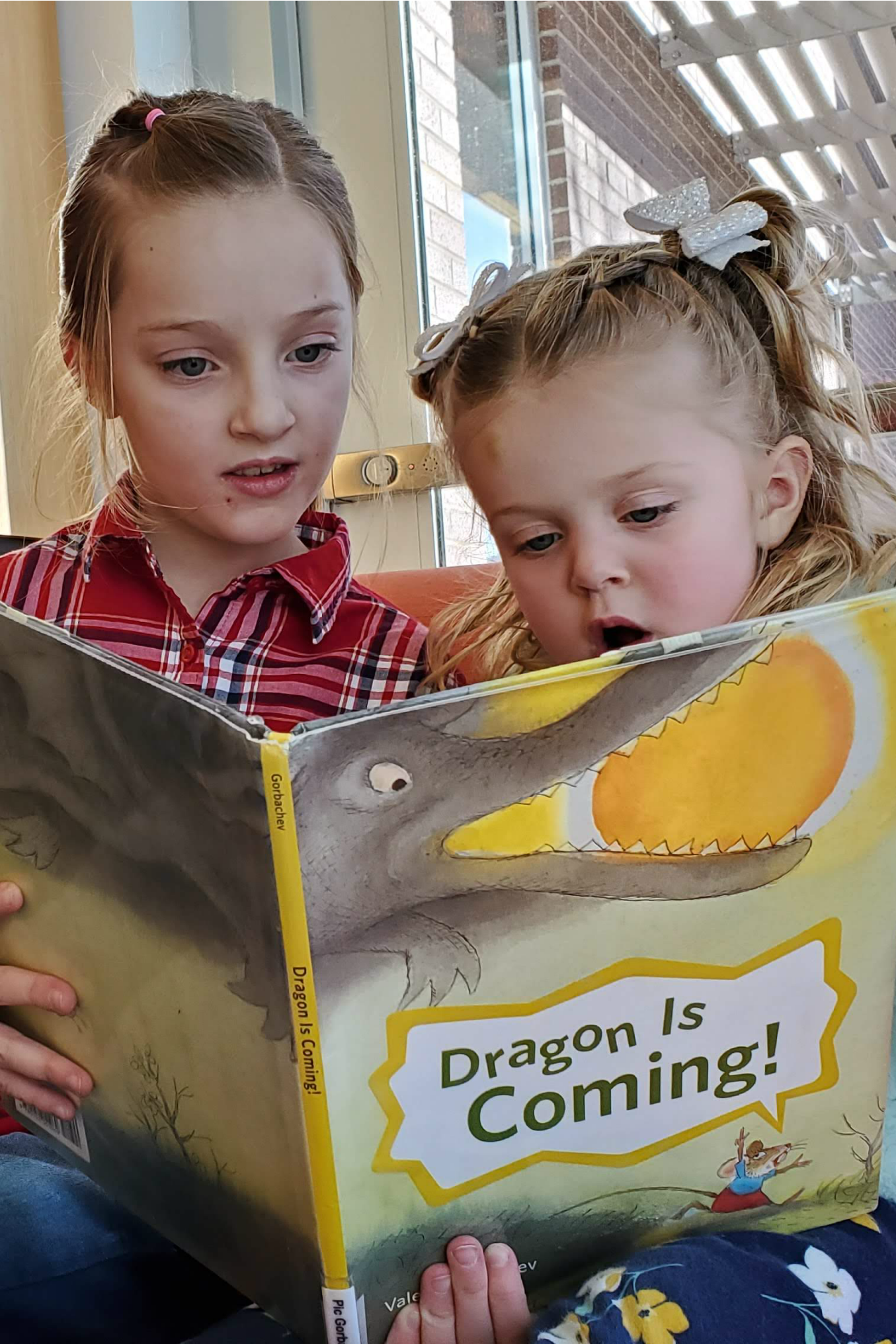 Whether you believe dragons are real or not, there are plenty of dragon books based on these mythical creatures for children, tweens, teens and even adults to enjoy! January 16 is Appreciate A Dragon Day and you can do just that by incorporating a little bit of dragon fun into your kids day. The easiest way to do this is through books.

My kids both love dragons. While they know they aren’t real, it’s still fun to pretend. We love to grab books from the library about dragons and we own a few as well. I’ve split this post into two sections: children’s storybooks and chapter books. Each book has an age range listed to help you better find the books your kids might be interested in. I’ve put an asterisk (*) next to the ones I have personally read. The summary has been listed below and was taken from the Amazon listing (in most cases).

*NOTE* Obviously this is not an exhaustive list so if you have other books about dragons you/your kids love and would recommend, please let me know in the comments so I can add them!

Summary: Custard cowers in fear until a nasty pirate shows up and inspires his dragonly instincts.

Summary: A second rhyming adventure of Custard the cowardly dragon finds the household of the self-professed brave pets in an uproar when Belinda is kidnapped by an evil knight, and Custard must fend for himself when his companions abandon him.

Summary: An irresistible story about what can go wrong at a taco party for dragons…

Summary: News alert! It has just been discovered that there are NO MORE TACOS left anywhere in the world. This is a huge problem because, as you know, dragons love tacos. If only there was a way for the dragons to travel back in time, to before tacos went extinct. Then they could grab lots of tacos and bring them back! It’s the perfect plan, as long as there’s no spicy salsa. You remember what happened last time…

Summary: In this beloved classic, a kind, young boy befriends a poetry-loving dragon living in the Downs above his home. When the town-folk send for St. George to slay the dragon, the boy must come up with a clever plan to save his friend and convince the townsfolk to accept him.

Summary: When the fiercest dragon in the whole world smashes Princess Elizabeth’s castle, burns all her clothes, and captures her fiancé, Prince Ronald, Elizabeth takes matters into her own hands. With her wits alone and nothing but a paper bag to wear, the princess challenges the dragon to show his strength in the hopes of saving the prince. But is it worth all that trouble?

*Never Touch A Dragon by Rosie Greening (ages 2 and up)

Summary: A tactile touch-and-feel book all about dragons! You must never touch a dragon . . . except in this book!

Summary: From tumbling out of their humongous blankets to devouring a breakfast of catapulted waffles, these characters and their loveable antics fill the pages with luminous color and dragon-size fun.

Summary: Dragon has just met the two most dangerous creatures to have ever entered his kingdom—princesses!—in this charming picture book about an unexpected friendship.

Summary: Everybody knows your typical dragon breathes fire. But when Crispin tries to breathe fire on his seventh birthday, fire doesn’t come out—only whipped cream! Each time Crispin tries to breathe fire, he ends up with Band-Aids, marshmallows, teddy bears? Crispin wonders if he’ll ever find his inner fire. But when a family emergency breaks out, it takes a little dragon with not-so-typical abilities to save the day.

Summary: Meet a mouse narrator who stubbornly insists that this book contains absolutely no dragons—not even a claw nor a flame nor any large, pointy scales. Readers will know better—and enjoy being in on the joke—as a flock of dragons chase the mouse to the very end of the book within the book.

Summary: We all know dragons are terrible, but this one is especially terrible. He scribbles in books. He steals candy from baby unicorns. He even burps in church. Seriously, who does that? Dragon, that’s who. The king, the knights, and the villagers are desperate to take down this beast once and for all. But sometimes it’s up to the unlikeliest of heroes to tame a dragon this terrible.

Summary: Mouse is certain that a big gray dragon flying overhead will spell doom for her and her animal friends. So she makes it her mission to lead everyone to the safety of the barn. But it seems as though nothing will stop this hideous creature. Then the barn doors squeak open slowly… revealing what everyone has been dreading…

Summary: When Billy Bixbee finds a tiny dragon in his bedroom, his mom tells him, “There’s no such thing as a dragon!” This only makes the dragon get bigger. He grows, and grows, and grows, until he’s bigger than Billy’s house—and that’s just the beginning!

Summary: We all know that “there was an old lady” who swallowed lots of things. Now meet the old dragon who swallows pretty much an entire kingdom! Will he ever learn a little moderation?!

Summary: The How to Catch kids are off again, this time trying to catch a dragon as they chase him through Chinese New Year celebrations! Set in China during the Spring Festival, otherwise known as Chinese New Year, the wily dragon will have to avoid trap after trap as the kids run through paper lanterns, red envelopes, fireworks, and more!

Summary: A mysterious dragon is trying to chase Hiccup and his friends away from their outpost. And on Berk, Stoick is in a terrible mood and driving everyone crazy. Can Hiccup track down the dragon and lift his dad’s spirits at the same time?

Summary: Zoey discovers a glowing photo and learns an amazing secret. Injured magical animals come to their backyard barn for help! When a sick baby dragon appears, it’s up to Zoey and Sassafras to figure out what’s wrong. Will they be able to help little Marshmallow before it’s too late?

Summary: Although she is the daughter of Damar’s king, Aerin has never been accepted as full royalty. Both in and out of the royal court, people whisper the story of her mother, the witchwoman, who was said to have enspelled the king into marrying her to get an heir to rule Damar-then died of despair when she found she had borne a daughter instead of a son. But none of them, not even Aerin herself, can predict her future-for she is to be the true hero who will wield the power of the Blue Sword…

Dragonhaven by Robin McKinley (ages 12 and up)

Summary: On Jake’s first overnight solo in the park, he meets a dragon—the thing that he would have said he wanted above everything else in the world. But this dragon is dying—dying next to the human she has killed. Jake knows this news could destroy Smokehill. The dead man is clearly a poacher who attacked first, but that will be lost in the outcry against dragons. But then Jake notices something even more urgent: the dragon has just given birth, and one of the babies is still alive…

Henry and the Chalk Dragon by Jennifer Trafton (ages 8-11)

Summary: In the town of Squashbuckle, just about anything can happen, and when Henry Penwhistle draws a mighty Chalk Dragon on his door, the dragon does what Henry least expects–it runs away. Now Henry’s art is out in the world for everyone to see, and it’s causing trouble for him and his schoolmates Oscar and Jade. If they don’t stop it, the entire town could be doomed! To vanquish the threat of a rampaging Chalk Dragon, Sir Henry Penwhistle, Knight of La Muncha Elementary School, is going to have to do more than just catch his art–he’s going to have to let his imagination run wild. And that takes bravery.

Summary: Anne, Penelope, and Hiro are thriving at Saint Lupin’s Quest Academy for Consistently Dangerous and Absolutely Terrifying Adventures. They’re even nominated for Best Illegal Quest That Nearly Destroyed the Entire World at the annual Quest Academy Awards. But they barely get to enjoy the ceremony before a strange boy triggers another quest. The mission? Kill the dragon queen. There are two big problems: (1) Anne doesn’t want to kill any dragons-and she certainly doesn’t want to ignite a war between people and dragonkind, and (2) ignoring a quest could have equally devastating results. Anne and her friends will have to dodge robot attacks, navigate mysterious new tiers, and survive the deadly dragon trials…or face certain disaster.

Summary: The Dragon Stone has chosen Drake, Ana, Rori, and Bo. They live in King Roland’s castle in the Kingdom of Bracken. There, they learn how to connect with the dragon they have been paired with. With the help of Griffith, a wizard, they must uncover their dragons’ special powers.

Summary: Own the official dragon guide. This 144-page, full-color special edition features maps, information about Dragon Masters and their dragons, notes from wizards, the history of Dragon Masters, and more! This book has everything a future Dragon Master could need to know!

Summary: Aventurine is a brave young dragon ready to explore the world outside of her family’s mountain cave…if only they’d let her leave it. Her family thinks she’s too young to fly on her own, but she’s determined to prove them wrong by capturing the most dangerous prey of all: a human. But when that human tricks her into drinking enchanted hot chocolate, she’s transformed into a puny human without any sharp teeth, fire breath, or claws. Still, she’s the fiercest creature in these mountains–and now she’s found her true passion: chocolate. All she has to do is get to the human city to find herself an apprenticeship (whatever that is) in a chocolate house (which sounds delicious), and she’ll be conquering new territory in no time…won’t she?

Summary: Effie Truelove believes in magic, as does her grandfather Griffin (although he refuses to do any magic, let alone teach Effie how to use it). After a mysterious incident leaves Griffin close to death, Effie is given an unusual silver ring and told she must look after her grandfather’s library of rare and powerful books. But then the books fall into the hands of shady scholar Leonard Levar, and Effie is propelled into the most dangerous adventure of her life.

Anya and the Dragon by Sofiya Pasternack (ages 8-12)

Summary: Headstrong eleven-year-old Anya is a daughter of the only Jewish family in her village. When her family’s livelihood is threatened by a bigoted magistrate, Anya is lured in by a friendly family of fools, who promise her money in exchange for helping them capture the last dragon in Kievan Rus. This seems easy enough, until she finds out that the scary old dragon isn’t as old—or as scary—as everyone thought. Now Anya is faced with a choice: save the dragon, or save her family.

Phew! If that isn’t a great list of dragon books, then I don’t know what is! I hope you found something that your kids, and maybe even you, would like to read. And if you have any suggestions for other dragon books to check out, please leave them in the comments below.

If you’re looks for some more children’s book recommendations, check out these posts:

How Do Dinosaurs A fun book series about how dinosaurs do different things, such as take care of their pets, mind their manners and more. We love these books!

Favorite Children’s Books A collection of some of my personal favorite children’s books. Some are classics and others are newer releases. 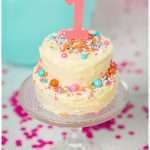 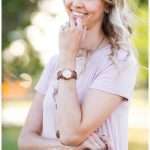 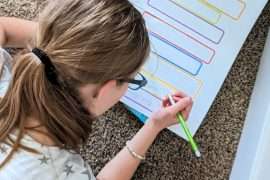 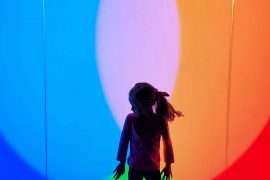 The Nature of Color Exhibit at NHMU